SETTING THE STANDARD IN
MUSIC EXCELLENCE FOR DECADES

Over 25 Years of Licensing Hits

We are more than just a music publisher. We’re experts with years of experience and knowledge about music and licensing. Our approach is hands-on and service oriented. We work with clients closely to make sure their copyrights are not only protected and properly exploited, but that opportunities for growth and development are identified and that we are involved with the newest companies and people for licensing opportunities.

Over the years we have represented many important catalogs. We also look for exciting new talent all the time, and our roster of songwriters and catalogs is growing constantly.

For information about licensing our client’s songs, click here. 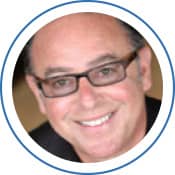 Stu Cantor is the President of Next Decade Entertainment, Inc., which he founded in 1989. Mr. Cantor was formerly President of Buttermilk Sky Associates, Inc. where he oversaw all global publishing activities relating to a 3,000 song catalog as well as the publishing catalogs of Orion Pictures, Orion Pictures Television, and the Judy Collins music publishing companies. Read more »

Current Next Decade clients include the complete catalog of the legendary performer and recording artist Harry Belafonte, the Estate of Vic Mizzy (creator of the theme songs and musical cues for the “Addams Family” and “Green Acres” television shows), the Estate of Milton Gabler (“Danke Schoen” and “L.O.V.E”), Lucy Simon and the Estate of Jay Gorney (“Brother Can You Spare A Dime?”). In addition, he represents publishing catalogs which include compositions written and/or recorded by Joe Simon, Millie Jackson and Bob McGrath among others.

Mr. Cantor spent many years as Music Supervisor for motion pictures, television and Broadway. He has been awarded Platinum Albums for Teenage Mutant Ninja Turtles, The Woman In Red, Annie, Ghostbusters and The Big Chill and Gold albums for Against All Odds and Beat Street. Broadway credits include Freak starring John Leguizamo and Bunny, Bunny based on the Alan Zweibel book of the same name. 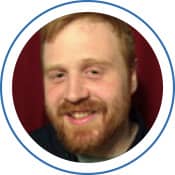 Tim Sweeney is the Director of Licensing and Copyright at Next Decade Entertainment. In this capacity, he negotiates fees, drafts quotes and licenses, processes royalties and assists in creative exploitation for Next Decade’s numerous catalogs including the prolific works of Harry Belafonte, Jay Gorney, Vic Mizzy and many others. Read more »

Prior to coming to Next Decade Entertainment, Mr. Sweeney managed and licensed the catalogs of Robert Johnson, Sammy Cahn, Richie Sambora, Chris Ledoux and many other writers during his tenure at MPCA Music, LLC.

Mr. Sweeney is a 2009 graduate of Berklee College of Music where he majored in Professional Music with a concentration in guitar and music business. He has been actively recording and performing in the New York City Music scene since his teen years.